The South Stoa was a two-story structure which had a row of seventy-one Doric columns across the front and thirty-four Ionic columns to form the portico.

There are multiple phases in the construction of the South Stoa. Originally constructed during the first quarter of the third century B.C., the South Stoa underwent considerable remodeling by the Roman architects. The Greek Stoa was 164.38 m long by 25.15 m deep, and had a series of thirty-three shops and workrooms behind the portico. When it was constructed, the South Stoa was the largest public building in Greece. 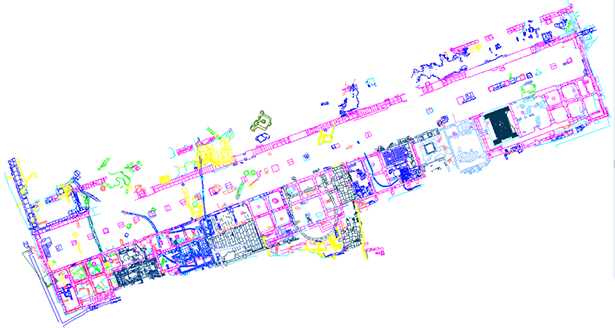 Commencing during the reign of Augustus (31 B.C. to A.D. 14), shops were removed to make administrative spaces. Later, a fountain house, entrance court for the South Basilica, elliptical room, bath complex and latrine were added to the urban ensemble. Several spaces remained shops throughout the Roman period. The major period of construction within the South Stoa by the Romans was from ca. A.D. 50 to A.D. 150. 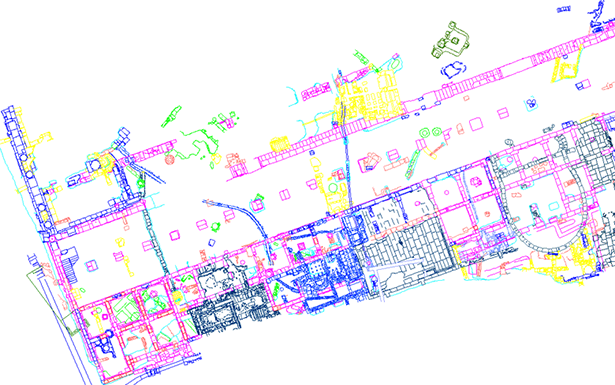 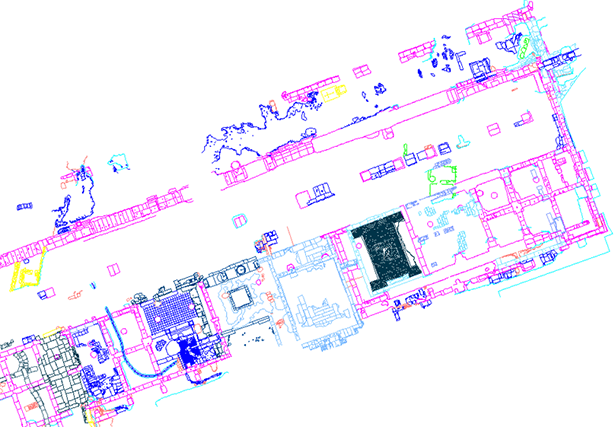 Pictures from the South Stoa