Figure 1. Restored plan of the Temple of Apollo in Corinth, A.D. 150

The Temple of Apollo is a Doric peripteral temple, 6 X 15 columns, constructed ca. 540 B.C. The stylobate which measures 53.82 X 21.48 m shows some upward curvature. The temple is characterized by monolithic columns quarried from the limestone ridge near the location of the temple. Only seven columns of the temple remain standing in the modern day although elements of the ground plan of the building are visible in the bedrock cuttings. The temple includes a distyle-in-antis pronaos and opisthodomos as well as two cella chambers. The western cella had 4 interior columns and the eastern had 8 interior columns.

The archaic temple was built on the site of an earlier seventh century B.C. temple, some remains of which have been excavated from t he area of Temple Hill. The monolithic column shafts measure 3.506 m high and do not show entasis. The column capitals were cut as separate blocks of stone. The sima was likely of terracotta. Angle contraction is noted in the design of the colonnades and the architrave. 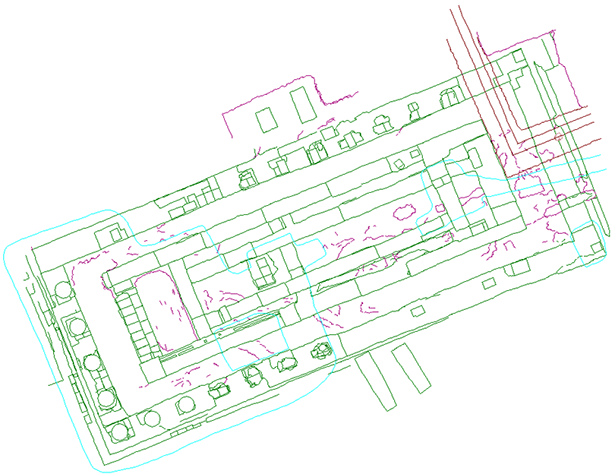 In the Roman period, the interior colonnades were removed from the cellas of the structure and the columns were reused in the exterior colonnade at the west end of the forum to the northwest of the South Stoa. In the first century A.D. Roman stoas were built on two sides of the temple to the south and north. In the Roman period, the main entrance of the temple was changed from an easterly to a westerly approach.

Pictures from the temple 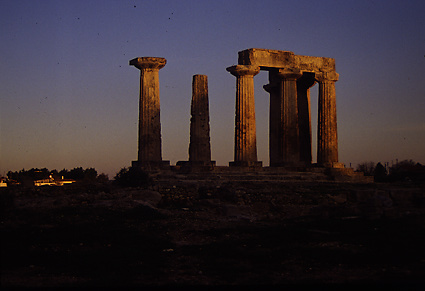 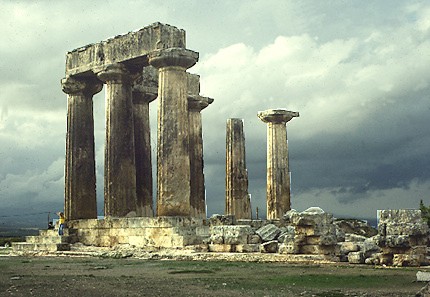 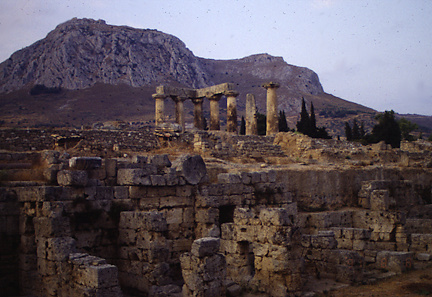 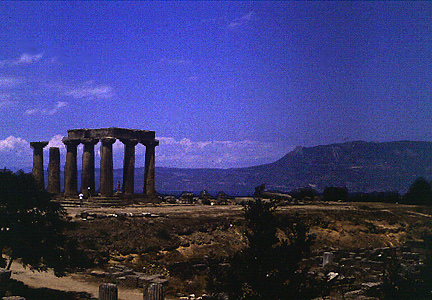 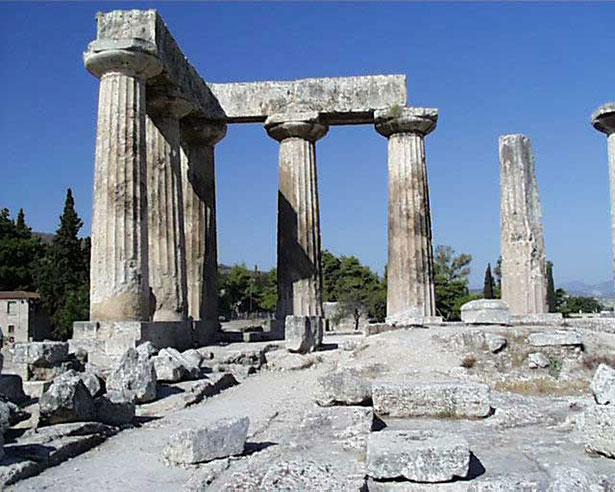 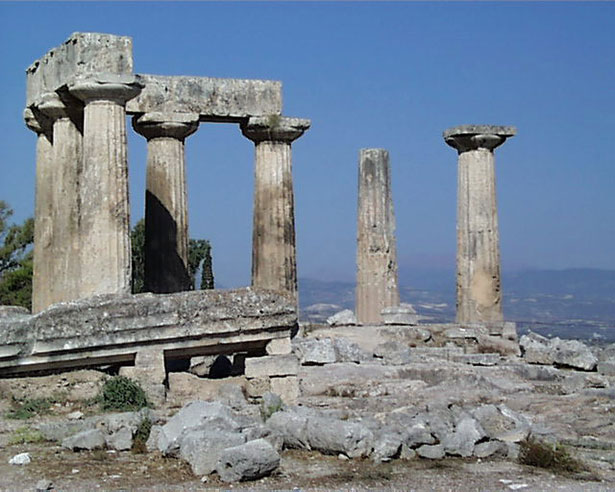 Dinsmoor, William B. The Architecture of Ancient Greece. New York, 1975, pp. 88-90.
Pfaff, Christopher, “Curvature in the Temple of Apollo at Corinth and in the South Stoa and Classical Temple of Hera at the Argive Heraion” in Appearance and Essence. Refinements of Classical Architecture: Curvature, Lothar Haselberger, ed., Philadelphia, 1999., pp. 113-125.